The Top Twitch Streamers of 2021

The Top Twitch Streamers of 2021

As people increasingly seek out new ways to make money and engage with a community online, platforms like Twitch are becoming more popular than ever. With 140 million monthly active users, the site holds a similar appeal to that of watching sports games. An audience member can spectate as their favourite streamer plays various popular video games and cheer them on, sharing in their victory or commiserating in their defeat. Where Twitch sets itself apart from other platforms is in its level of interaction between the streamer and their viewers. During the stream, the streamer can chat with their audience members and exchange comments that can be viewed in the Chatbox. This helps the most popular Twitch streamers to build a devoted fanbase and become more successful.

So, How Do You Become A Twitch Streamer?

You might think that you have to be awesome at playing games to be a popular twitch streamer, but that is not necessarily the case. A charismatic personality and regular audience engagement make far more of a difference. UK Streamer, Valkia, shared some of his secrets about how to become a Twitch streamer and most importantly stressed how important it can be to specialise in one game. This allows a streamer to gain a solid fanbase and create consistent content before branching out. Being dedicated and setting time aside each day to stream, cross-promoting across different social media platforms, and collaborating with other streamers to share each other’s following.

Before deciding to become a Twitch streamer, it is important to consider how this new enterprise fits within your lifestyle. Even more importantly, how it fits within your budget. A good computer is a requirement to stream as the PC needs enough processing power to run the game alongside the stream. For the sake of your viewers, it is also recommended that you invest in a quality microphone and webcam. These investments will ensure that the content you create is presented in the best possible way, and help to build your reputation as a professional streamer.

Monetising your passion appeals to people on many levels, and Twitch streamers are no different. Although many streamers set out to interact with a like-minded community and share their gaming experiences with their viewers as a hobby, it is becoming more likely that a new Twitch streamer has set out to eventually make their streaming into a sustainable career. Having watched some broadcasters become millionaires through working with large companies, people who want to become streamers tend to approach making money with great expectations. But, for novice streamers, it is more important to constantly create content and engage with the viewers than chase the numbers.

Building an audience is the first step to making money on Twitch. When people are regularly joining your streams, interact with them to keep them coming back. Once you have developed a small, but loyal, audience, then you can start earning money.

So how much does Twitch pay? It greatly depends on what avenues of revenue the streamer decides to employ. Twitch streamers can make money through donations given by fans or viewers. Adding a ‘donate’ button to your channel with a link to a site such as PayPal makes your audience aware that they can offer you money. Brand partnerships are another way to make money and sponsorships can provide reliable income if the brand wants to pursue an ongoing relationship with a streamer. You can also create and sell your own merchandise.

When your channel grows to meet a set of criteria, you can also become a Twitch affiliate which affords you the opportunity to make more money and expand your audience. 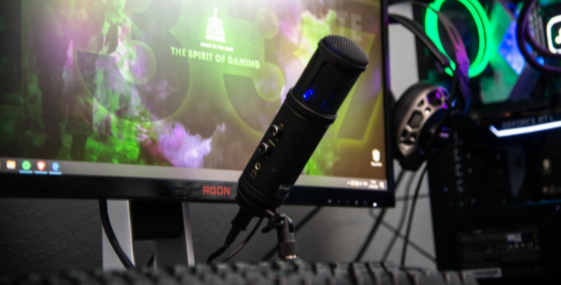 Who Are The Most Popular Twitch Streamers?

Twitch streamers have had an eventful year, with more people inside and unoccupied and turning to Twitch for entertainment and community, or starting channels themselves. The platform has seen a rise in popularity and subsequently, some of its streamers have become household names. But who has been the most successful?

GAME’s Gaming Twitch Streamer Report 2021 uses various metrics to calculate who are the most popular Twitch Streamers of 2021. It takes into account their number of followers and views on the platform, as well as on other social media sites and their overall growth. The results show that Canadian streamer, ‘Shroud’ was the most successful of 2021 so far. His real name is Micheal Grzesiek and he specialises in first-person shooters and Battle Royale games. His net worth is estimated to be between $8 and $12 million. He also has a thriving Youtube channel.

23 year-old Turner Tenney takes the second most popular Twitch streamer position. Better known by his online moniker, Tfue, the American streamer has become incredibly successful by playing Fortnite. Others include Rubén ‘El Rubius’ Gundersen and Ibai Llanos Garatea, both Spanish streamers. Pokimane came in fifth. At only 25, the Canadian internet personality has amassed a large following and is the only female streamer to have gained this level of success.

Anyone can be a Twitch streamer. Use your charming personality and dedication to attract a devoted audience, and maybe even lead to a lucrative career!